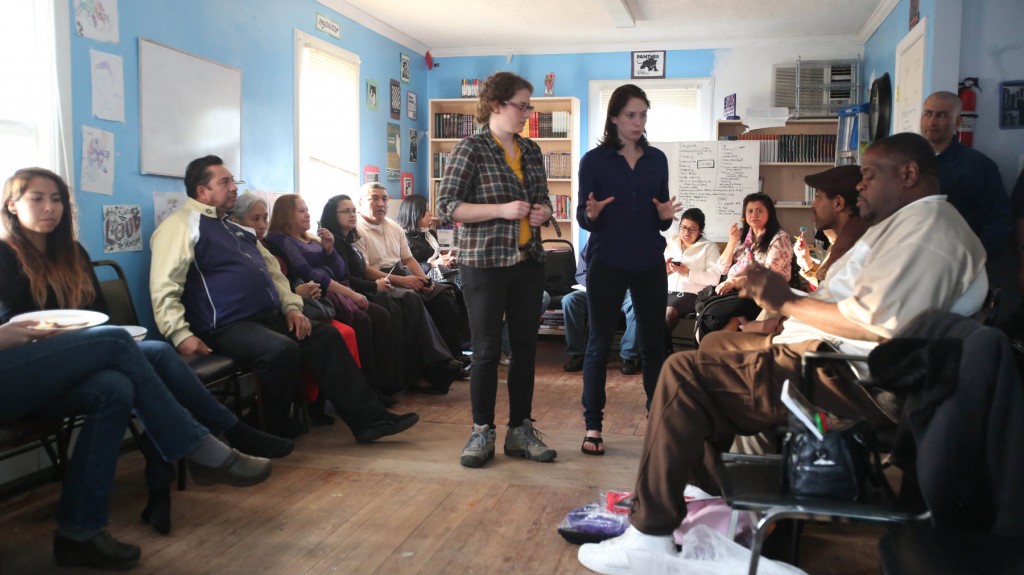 In September of 2013, Hurricane Sandy devastated the Rockaway Peninsula.  Begun in the spring of 2013, WORCs (Worker-Owned Rockaway Cooperatives) is an initiative to rebuild after Sandy in a way that addresses both the storm’s impact and the long-term systemic issues in the neighborhood.

The program’s goal is to equip Far Rockaway residents with the skills and financing to launch small, worker-owned businesses that fill a need in their community.  The program itself is governed by an assembly consisting of the cooperatives that have been develoeped and the WORCs organizing team.

More than 60 residents have participated in the training program–people who previously worked for others as babysitters, house cleaners, exterminators and upholsterers but dream of being their own bosses and keeping wealth inside their neighborhood.