Ghislain was born and raised in Ouagadougou, Burkina Faso. He received his finance degree from Temple University where he was part of the Owl Fund, Temple’s investment society. Ghislain brings financial research experience from working in the Finance departments of DHL in France and the Bank Of Africa in Kenya. He aspires to one day build a social investment fund in his home country of Burkina Faso.

For eight years, Scott has played a leading role managing investments at The Working World.  In 2011, he helped launch The Working World’s Nicaragua operation, leading investments in over 20 companies and facilitating strategic alliances with local government.  In 2013, he returned to the United States where he has led strategic programs around place-based cooperative incubation and cooperative conversions.  Scott has also served on the board of the New York City Network of Worker Cooperatives and was a 2015 Democracy at Work Institute Fellow.  He is currently pursuing a Master’s degree in Public Policy Analysis at New York University.

As Senior Fellow with a focus on financial advising, Karen contributes her financial know-how to both cooperative projects and to The Working World’s own finances. Karen joined our team in 2011 as a loan officer in Nicaragua, and was integral in forming the US office. Karen previously worked as a Certified Public Accountant and holds a Masters of Accountancy and a BBA in Accounting from the University of Wisconsin‒Madison.

Alice is a Brooklyn-born and Berkshire-raised community developer passionate about building economic institutions that distribute power and create community wealth. As Director of the BerkShares local currency at the Schumacher Center for a New Economics, she gained experience in facilitation and public speaking while supporting locally owned businesses and community banks. Alice has a BA  in Sociology and French from Wesleyan University and an MA in Urban and Environmental Policy and Planning from Tufts University.

Having been a co-founder of The Working World in 2004 along with Avi Lewis and its Executive Director from 2004 to 2020, Brendan has passed on the position of ED to the leadership of Ghislain Guiebo and Scott Trumbull.  Brendan now serves as a Senior Fellow as a close advisor and support for the executive team and focuses on capital placement and investment plans with the cooperative projects The Working World focuses on. Brendan is also Co-Director of Seed Commons, the national infrastructure for non-extractive finance that TWW helped launch and that it is now a member of, and his work there builds off of and helps support his ongoing role at TWW.  Brendan is an Ashoka fellow and two-time Ashoka Globalizer, serves on the board of the Southern Reparations Loan Fund, the New Economy Project, California Harvesters farmworker cooperative, Brooklyn Stone and Tile cooperative, and serves as key technical support to New Era Windows. 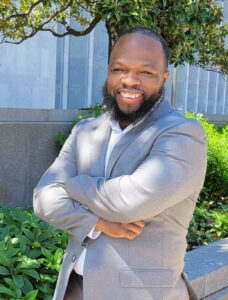 Michelle hails from the California/Mexico border region and has a background in urban planning and small business support. She has worked extensively with manufacturers in Brooklyn to help create jobs that have few barriers to entry and provide pathways to the middle class. She is looking forward to working with TWW to close the gap between ownership and the shop floor.

Steve was part of the team that opened The Working World’s NYC office and eventually moved to Chicago to support the launch and early stages of New Era Windows, the conversion of an advanced windows manufacturing plant. Steve now serves as TWW’s Special Investments Consultant to identify and research companies for conversion to worker ownership.