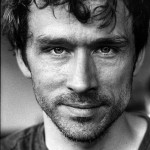 Brendan Martin is founder and director of The Working World, a cooperative financial institution and business incubator based in Argentina, Nicaragua, and the United States.  Brendan originally moved to Argentina in 2004 to work with a group of Argentines looking to support the “recovered factory” phenomenon, and out of this was born The Working World financial institution and its methods of non-extractive finance and just-in-time “evergreen” credit.  Despite dire predictions of investing in the chaotic groundswell that was the recovered factory movement, The Working World achieved a 98% return rate across over 715 loans, and all with repayments only from profit sharing and without guarantees.  This experience demonstrated that grassroots cooperative movements can be economically viable and that finance can be non-extractive and subservient to people, yet still be solvent.  After this success, Brendan helped open a second branch in Nicaragua in 2009 and another in the United States in 2012.  The same grassroots cooperative efforts have proven effective and provocative in the context of the US, where The Working World has already funded six cooperatives, including New Era Windows, the manufacturing cooperative that emerged from the infamous Republic Windows and Doors in Chicago.  Brendan is a 2009 Ashoka fellow, a two-time Ashoka Globalizer, a nominated Prime Mover, and a frequent speaker on the solidarity and cooperative economy.