People say to me they don’t think us workers can be owners. But I say to them, believe it, because here we are. Now that we’ve done this, who knows what’s possible. To be honest, at first I didn’t believe it either. I thought of quitting, but I stuck it out. 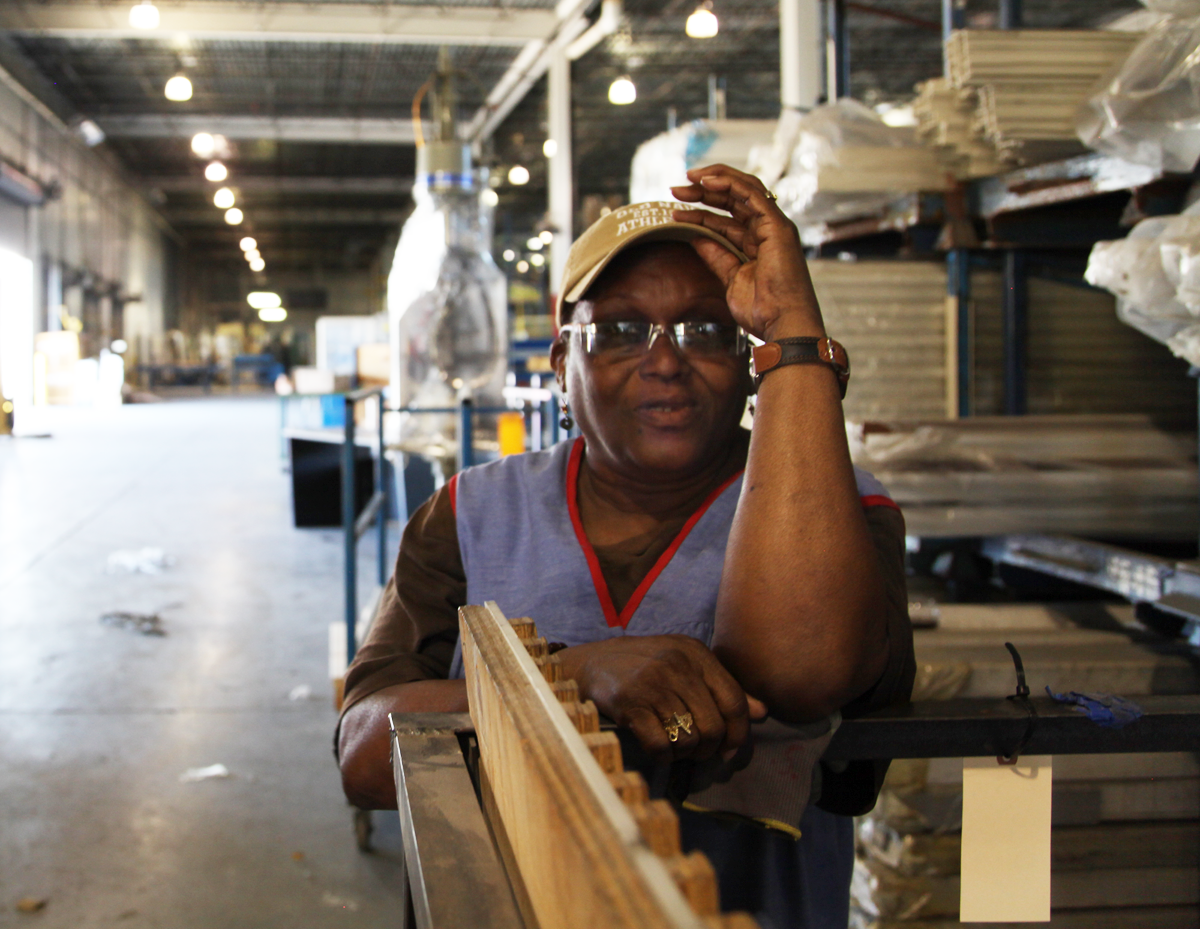 After 40 years on the floor, I didn’t dare dream that I could actually become an owner in my own factory.

I moved to Chicago from my hometown of Morton, Mississippi, in 1988 to take care of my mother. I was offered a job in a windows factory, and to me, that was as good an opportunity as I could hope for: a job to survive.

After decades of surviving, my worst fear happened: in 2008, the factory closed and laid everyone off. At my age, I thought there was no chance someone like me could get a job. I had given up.

Then, out of the blue, I was asked to meet about workers buying back the company. I didn’t believe it would work, but I kept showing up every day while we tried to start the cooperative. I guess part of me believed I could do it.

And we did do it— now my coworkers and I own New Era Windows. We work together, teach each other, and treat each other like I’ve never been treated in the factory before.

It was only because of The Working World and the support that they have given us that we were able to follow this dream. No one else would have loaned money to people like us to do this. But they believed in us.

We need to support organizations like The Working World, because everyone deserves the shot I got. Just a few years ago, I thought my life was over. Now, I feel excited, I want to live a long time, I want to watch this grow and see what we can do next.

Since 2004, we have invested in over 200 companies in across the Americas. Read about La Leonesa in Nicaragua