The Working World finances businesses that are owned and run by their workers. In this way we help extend democracy to the workplace, where people spend much of their waking lives. 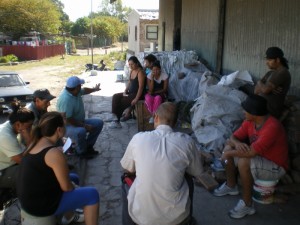 Democratic worker control puts into practice the idea that every contributing member of a business should have a voice in the decision- making process. Worker-owners, as they are often called, meet in regularly scheduled assemblies where business decisions are either made consensually or delegated to smaller working groups. This same process is used to elect members to the various positions of management within the business.

All well and good you might say, but the question is: does it really work as a business model? The answer is a resounding YES.

Cooperative assemblies have proven time and again to be an effective forum for making strategic business decisions and resolving internal problems before they fester. This democratic working climate is aided by, and in turn encourages, a sense of pride, equality, and responsibility that strengthens the businesses where it is practiced.

And perhaps most importantly, these warm and fuzzy descriptions add up to more than just a feel-good story: they appear in their businesses’ bottom lines. Studies have consistently shown that worker-owned businesses measure up to and often even surpass traditional enterprises in terms of internal efficiency and profit margin1. 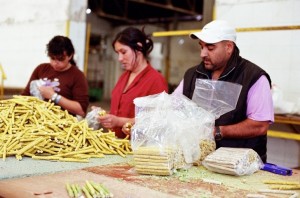 Part of this success is rooted in the ability of democratic workplaces to fluidly expand or contract according to the reality of market conditions. Put simply, during hard times a worker-run business is better able to tighten its belt and share losses equally among all its members, as opposed to letting the burden fall on an unlucky few or closing its doors and leaving everybody without work. This advantage also plays out in local communities, which are able to count on worker businesses as anchors of stability.

This is the experience we have lived, serving the worker cooperative communities of Argentina, Nicaragua and, more recently, the United States. And it has been the experience of democratic businesses around the world: from the many lumberyards of the United States’ Pacific Northwest to the vast network of small coops in Northern Italy, and of the nearly 12,000 members of the Mondragón worker federation in Spain. For all of us, and for many more around the world, democratically run worker cooperatives represent a sustainable, equitable, and successful business model for a working world today and a better world tomorrow.